“After the intensive operations and the destructions of the previous months, the British started in July 1941 to redeploy their naval, land and air forces of the Mediterranean.  Reinforcements and large quantities of supplies and ammunitions were arriving from the Red Sea and this provoked intensive activity of the enemy air force in the Suez Canal.

In July the British succeeded to dispatch a convoy directly from Gibraltar to re-supply Malta without important damages, as the Italian Fleet hadn’t again shown up.  The convoy consisted of 6 cargo ships escorted by 4 cruisers and 10 destroyers under the coverage of the force “H”. The same day the Fleet of Alexandria executed a misleading sortie westward.

The force “H” was detected from an Italian submarine on the night of July 23, off Bougie, Algeria, but air reconnaissance didn’t detect the convoy before the next morning, while sailing north of Cape Bone, and there wasn’t anymore enough time for the Italian Fleet to intervene.  Therefore, the task was assigned to the Italian Air force that mainly attacked the escort and sunk 1 destroyer and caused damages to another one as well as to one cruiser.  The cargo ships remained unharmed.

The next day the convoy was again attacked by the enemy Air force, but with no results, and the convoy safely reached Malta. Next, the Italians tried to hit the ships inside the port of Valetta.  The operation failed, but the action of the men that undertook it is worth of special mention.

On the night of July 25, the fast transport ship DIANA – carrying 8 motorboats with explosives, 1 leading motorboat and 1 towboat – and 2 torpedo boats each towing one guided torpedo, approached Malta without being detected.   When they neared Valetta, the DIANA put to sea the motorboats and the towboat collected from the torpedo boats the 2 guided torpedoes and brought them, one next to the marine dam of the naval base of Valetta and the other close to the submarine base of Marsa Muscetta.  The objective of the 2 guided torpedoes was to explode and thus open the entrance of the marine dam, from which the motorboats carrying the explosives were going to pass.

For unknown reasons, the torpedo destined to blow the marine dam didn’t explode and because dawn was nearing, 2 of the motorboats carrying explosives were ordered to fall on the dam and explode.  This indeed happened with the self-sacrifice of their operators.  Then, the other 6 motorboats sailed at top speed to cross the breach that has been created.  It appears however that the island radars had detected these ships and were awaiting them with all the disposal defense means of the port.

In the meantime, along with the dam that had exploded so had the bridge above it and its ruins had blocked the entrance.  Thus, as soon as the motorboats arrived at the entrance, projectors were turned on and heavy fire was awaiting them.  All the motorboats, with only one exception, were sunk in a few minutes. At daybreak, all the boats that had previously escaped were sunk by action of the fighter planes of Malta and only the transport ship returned to Italy.

Almost all that participated in this operation were lost, killed of taken prisoners.  The guided torpedo destined to the submarine base also failed to explode and the 2 men guiding her were also taken prisoners.”

For additional information, comments, questions or feedback concerning this site, please contact us 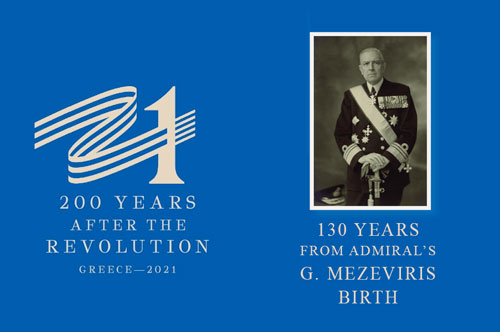